AND HOW TRUMP IS HELPING IT

How Obama Failed Black America and How Trump Is Helping It

In How Obama Failed Black America and How Trump is Helping It, author Clarence McKee outlines how President Trump’s policies have been far more advantageous for black Americans than President Obama’s ever were. The book is composed of over thirty of the nearly two hundred articles the author has written for his “Silent Minority Blog” at Newsmax.com as well as additional essays and commentary.

Part I: “How Obama Failed Black America,” is composed of articles discussing Barack Obama’s failure to address the problems and needs of the nation’s black community in a variety of areas. The selected articles outline how the “First Black President” failed to step up to the plate and generally ignored the plight of blacks on issues, including unemployment and the economy, crime and prison reform, and the political and negative impact of illegal immigration on blacks.

Rather, he seemed insensitive to such issues and gave priority to addressing concerns of other groups, including those who favor same-sex marriage, abortion on demand, and amnesty for illegal aliens. When it suited his purpose, he maintained his relevance to blacks by wrapping himself in his own “blackness” and, with his first attorney general, exploited the race card when it suited his purpose. Remember when he said: “If I had a son, he’d look like Trayvon” referring to Trayvon Martin, the seventeen-year-old black youth slain by white security guard George Zimmerman in Florida. Demonizing the police and fostering racial division was a method to show relevancy to blacks—and they fell for it!

Part II: “How Trump Is Helping Black America,” discusses how Obama turned his back on blacks and how Trump is helping the black community on illegal immigration, criminal justice reform with the First Step Act, abortion and sanctity of life, school choice and vouchers for inner city students, and urban revitalization and Opportunity Zones, as well as how his economy benefited  black Americans.

Part III: “Epilogue,” expresses a consistent theme in many of the author’s Newsmax articles on how the black political and civil rights leadership has historically failed the black community by being an echo chamber for the Democratic Party and the liberal establishment on virtually all issues. It shows that this is not a recent phenomenon and was the subject of the author’s first published article in 1983 in the Washington Times, “The Closed Minds of Black Leaders,” and a subsequent article in Human Events Online in 2001, “End Monopoly of Black Overseers.” Both illustrate that not much has changed since 1983. Unlike other voter groups, blacks are still in the “hip pocket” and taken for granted by the Democratic Party counting on black leaders and politicians to continue to act as “overseers” of the “Black Democrat Plantation.”

McKee states that “There has been little, if any, criticism of Obama’s shortcomings in terms of the black community.’ He adds that most black Americans took pride in the fact that a “black man had been elected president of the United States and that many of “their concerns and issues would be addressed.” He states that their “high hopes for Obama were unfilled, and calls the failure to address those concerns the “dirty little secret not, or rarely discussed.” In spite of that record, he writes that Obama remains the “darling of the black political and civil rights establishments and the mainstream media.”

Now more than ever, McKee hopes to spark awareness and enthusiasm among black American voters.  He concludes that “As we enter the peak months of the 2020 presidential campaign, I hope to see an end to the monopoly of black leaders who are not enacting change and really only overseeing the problems.”

How Obama Failed Black America and How Trump is Helping It is available for purchase at Amazon.com. GET YOUR COPY TODAY!

“My dear friend and mentor, Clarence McKee, pierces the veil of the leftist media and progressive socialist political establishment that shielded Barack Obama from criticism for his failure to address major issues impacting Black America. Clarence further articulates, brilliantly, how President Donald Trump is rectifying those failures to the benefit of Black America. As we enter the critical 2020 election season, this is a must read!”

“Clarence McKee lays out a brilliant comparison between the Obama and Trump eras. We lost so much with Obama. We have so much to gain with the Trump MAGA; where promises are made—and kept.”

“If you want to be enlightened and educated at the same time, this book is a must read. Clarence takes it from his perspective of personal knowledge in a most elegant way to really empower people with the word of truth.”

“Clarence McKee has done what most of the major media and Black political and civil rights establishments refuse to do—point out President Obama’s failure to address many of the issues facing black America; and, shows  how President Trump’s policies such as supporting the rights of the unborn–have benefited Black Americans.”

The Dirty Little Secret That The Media Won’t Tell You.

Ready to Read? Get your copy today!

Now available at these fine retailers. 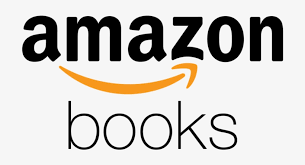 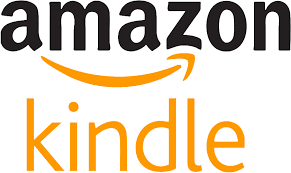 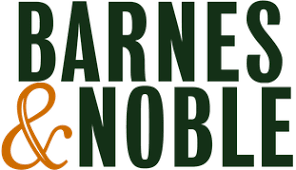